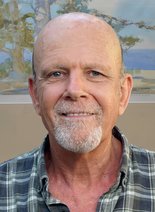 Victor von der Heyde
Victor has been practising meditation for thirty-five years.
His main teachers have been Rob Burbea from Gaia House in the UK, and Toni Packer in the US. He has also practised with Joseph Goldstein, Aitken Roshi, Joko Beck, Stephen and Martine Batchelor, Tsoknyi Rinpoche and others.
He has spent over two years in silent retreats and has taken dharma teaching roles since
the mid 1990s.
Victor has an interest helping people understand the varieties of meditation so that they're in a position to choose what works for them. He has had a long-term focus on environmental ethics, he spent two decades helping manage a small overseas aid organisation, trained in Gestalt Therapy, completed graduate studies in counselling and worked for many years as a counselor. 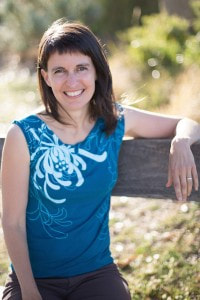 Suzie Brown
has been practising meditation for twenty years and is co-founder of the Melbourne
Insight Meditation Group. Her teachers have included Subhana Barzaghi, Carol Perry and James Baraz. She has also practised with and supported the Sri Lankan born Buddhist yoga teacher Channa Dassanayaka. Suzie trained in both Mindfulness Based Stress Reduction (MBSR) and Acceptance and Commitment Therapy (ACT) and has been teaching mindfulness since 2010.
She developed Mindfulness for Parents courses and workshops and she has a mindful parenting blog and e-course, called Feed the Parent.
Suzie has worked as a facilitator, trainer and educator for over a decade in the areas of environmental sustainability and organizational strategy. She has a young daughter and is founder of the group Australian Parents for Climate Action which works for a safe climate future for our children.